U.S. government-bond yields hovered near 2% Friday, reflecting investor caution ahead of trade talks between the U.S. and China at the Group of 20 nations summit in Japan this weekend.

The yield on the benchmark 10-year Treasury note, which falls when bond prices rise, was recently at 2.002%, according to Tradeweb, from 2.007% on Thursday.

The outcome of the trade talks could be pivotal for a wide range of asset classes. An agreement between President Trump and Chinese President Xi Jinping would likely ease fears of a tariff-caused global economic slowdown and cut demand for haven assets like Treasurys, the Swiss franc and Japanese yen, some investors believe.

Bonds have rallied recently, sending yields to their lowest levels since 2016, weighed down by concerns the trade impasse will exacerbate slowing growth and expectations the Federal Reserve will cut interest rates later in the year. The yield on the two-year note, which typically moves with the prospects for central bank policy, recently traded at 1.739%, from 1.741% Thursday. 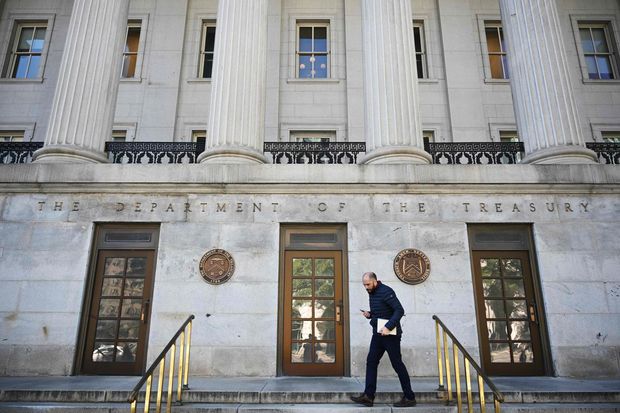 The likelihood of an agreement between the two sides has become less certain in recent days, however, some said. Chinese officials have suggested that Beijing will lay out tough preconditions before a deal can go forward, including a removal of the ban on the sale of U.S. technology to Chinese telecommunications giant Huawei.

Priya Misra, head of global rates strategy at TD Securities, expects the two sides will agree to resume trade negotiations, but warned that an actual deal could prove elusive. Uncertainty over trade and global economic growth as well as likely interest-rate cuts in the U.S. will keep demand for bonds elevated and sustain pressure on yields in coming months, she said.

At the same time, “the bond market is looking beyond the G20 to a lot of data next week,” she said.

Among key releases are the ISM Manufacturing PMI due out Monday, as well as Friday’s U.S. nonfarm-payroll number. Investors will be watching both for a snapshot on how the economy is faring in the face of trade uncertainties.

The WSJ Dollar Index, which measures the U.S. currency against a basket of 16 others, was recently unchanged at 89.60.

Write to Ira Iosebashvili at ira.iosebashvili@wsj.com

Many properties being sold even before they hit the market

US banks could cut 200,000 jobs over next decade, top analyst says

Companies Are Flush With Cash—and Ready to Pad Shareholder Pockets

Covid, Q4 earnings, vaccination among key factors that may guide market this week

How will the Federal Reserve respond to surging US inflation?