One of the biggest firms in the south-east – and one that has generated controversy in recent years – has been bought in a pre-pack administration deal.

National firm Taylor Rose TTKW today confirmed the acquisition of McMillan Williams Solicitors after the appointment of administrators earlier this week. Adrian Jaggard, chief executive of Taylor Rose, said the acquisition demonstrated that the firm aims to be a ‘leading player’ in the UK consumer law market. It is understood that all 420 McMillan Williams staff have been transferred as part of the acquisition, but the structure of the expanded firm will be reviewed in the coming months which could result in changes to personnel and office numbers.

The deal creates a combined £40m firm with 32 offices nationwide which enters the top 75 in terms of revenue. It will be the fifth-largest residential conveyancer in the UK.

McMillan Williams has become a familiar presence on high streets across London and the south east since it was founded in 1983. It also attracted media attention due to the SRA’s prosecution of one of its former solicitors Sovani James. Lord Justice Flaux ruled that James should be struck off after backdating letters to make it look as if a clinical negligence case was progressing. She had claimed to be too scared to tell the truth about issues she was experiencing, and the judge described her treatment by McMillan Williams as ‘frankly abominable’. 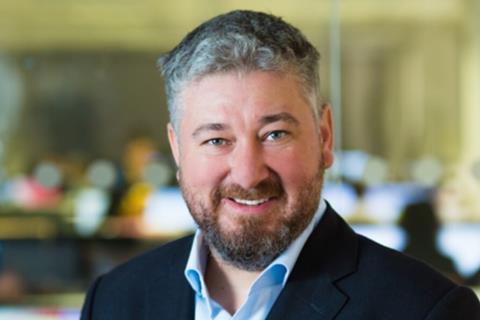 Less than a year later, former McMillan Williams personal injury head Helen Clifford told an employment tribunal she was working in a ‘morally bankrupt environment’ ruled by fear and bullying. The claim was later withdrawn following a settlement between the parties.

Administrator Quantuma said the McMillan Williams business, which had a turnover of more than £30m for the year ending 30 April, had suffered cashflow pressure caused by historic debt, which has been exacerbated as a result of the coronavirus crisis.

Quantuma partner and joint administrator Sean Bucknall said: ‘The sale to Taylor Rose provides the best possible outcome for the firm and its creditors as well as protecting clients’ interests, preserving hundreds of jobs and creating a strong combined brand.

‘The high fixed cost base and highly leverage model of many law firms leaves them particularly vulnerable to the fall-out from the Covid-19 pandemic. We are already seeing many law firms already in serious financial difficulty and unfortunately this administration will be the first of many.’

Taylor Rose said it is excited to be working with the excellent legal teams and support staff at McMillan Williams and is looking forward to building on the strong client base it has developed over the last few years. The firms had been on discussions about a merger since last year.

Jaggard added: ‘I am very confident that together we can maximise the opportunities of our combined business. Our resulting strength leaves us well placed to benefit as the legal services market starts its journey of recovery from the stresses of the pandemic.’

City firm tells staff: You don’t need to come into office this year

Suspect under investigation has reasonable expectation of privacy, CoA rules

JetBlue Commits To Blocking The Middle Seat: ‘We Guarantee You Won’t Be Seated Next...

Stimulus Check Or Not, Here Are 5 Career Tips To Achieve The Success You...