These computer-generated calls are cheap to make and tough to trace – and the fraudsters don’t stop after you hang up.

It is feared that millions of Britons stuck at home because of the virus crisis are being deluged with these pre-recorded messages, designed to scare people into handing over money or personal details. 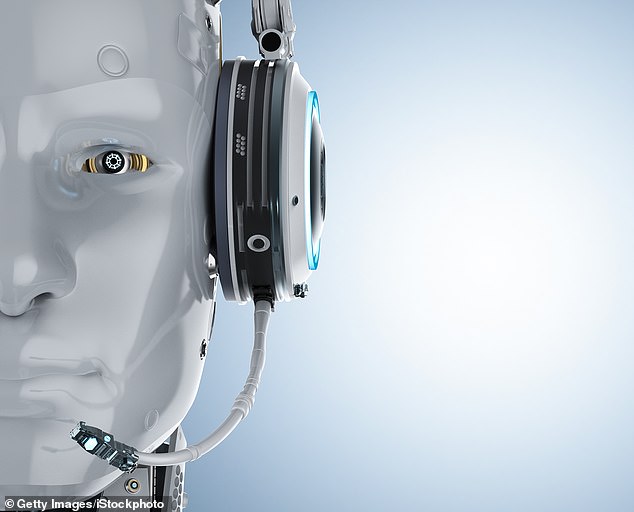 New nuisance: Automated messages now account for half of all nuisance-call complaints received by data regulator the Information Commissioner’s Office

But why are fraudsters and nuisance callers able to get through to our landlines in the first place? And what can we do to put a stop to it?

For the first time, automated messages now account for half of all nuisance-call complaints received by data regulator the Information Commissioner’s Office (ICO).

And impersonation scams – which include robot fraud calls – nearly doubled in the first six months of the year, with close to 15,000 cases reported, according to banking body UK Finance.

Nuisance callers and scammers can use the technology to pump out millions of calls to our landlines and mobile phones in a matter of minutes. The robocallers even dial computer-generated numbers at random.

They may claim you owe money or will soon be charged for something, and instruct you to ‘press 1’ to speak to someone.

Some scammers, purportedly from HMRC, use tax threats. Others claim to be from Amazon with a message about renewing a subscription to its Prime service.

Or they might say you are due compensation for an accident or a mis-sold insurance policy, in the hope of selling on your business to a claims firm.

How to take on the telephone pests

Telephone providers all offer services you can use to screen unwanted calls.

Experts and campaigners – who are calling on phone providers to do more to block automated calls – say this technology is an inexpensive and quick way for scammers to target us in our homes.

It is thought that using computer calls costs less than 10 per cent of the price of hiring human fraudsters, as only the people who answer the phone and take the bait are put through to someone.

Nuisance-call firms may have begun using computer calls during lockdown because their call centres couldn’t open as usual.

Martyn James, of the complaints site Resolver, says: ‘It is endemic. We are all receiving them on a regular basis.

I can’t think of a single person who has not been defrauded or had an attempt recently – which is outrageous.

‘There is nothing in place at the moment that can definitively stop the calls, but there absolutely should be.

‘Millions of pounds are lost every week to this type of fraud.’ However, he says it is not investigated because it is not a high priority for fraud police.

‘There is no reason why crisis meetings with the telecoms firms can’t be held to stop all this,’ he adds. ‘It is out of control.’

Many of Britain’s telephone providers have the technology to screen and block robocalls, but users must first sign up to these services.

Three million of BT’s 30 million customers are signed up to BT Call Protect, a free service that the firm says blocks 99 per cent of nuisance calls. But a huge number of households are still vulnerable to the plague of the automated call. 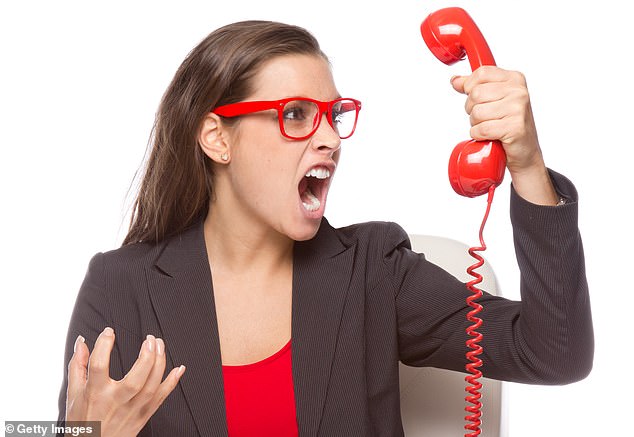 Infuriating: Nuisance callers and scammers can use the technology to pump out millions of calls to our landlines and mobile phones in a matter of minutes

Caroline Abrahams, charity director at Age UK, says some elderly people are so upset by robocalls, they are unplugging their phones.

She adds: ‘Landlines are a lifeline for many older people, particularly those who live alone, and nuisance callers know that more people are likely to be isolated and spending more time at home over the next six months.

‘It is vital that action is taken by the authorities and phone companies to prevent these calls reaching people in the first place.’

Pensioner David Freeman, a BT customer who lives near Norwich, says he has been plagued by automated calls for nearly three years.

He says that when he was caring for his elderly mother, the calls were coming up to three times a day.

A recorded message would say his Amazon Prime account was due for renewal and £31 would soon be taken out of his account.

But David, who doesn’t even use the internet, says: ‘When you’re in the middle of something it is a damn nuisance. I don’t see why [firms] can’t stop them. I’ve used the blocking system but it doesn’t seem to make any difference.’

Currently, phone companies can block automated messages only by screening each call and asking unrecognised callers to identify themselves. If the caller does not, the call is disconnected.

Steve Smith, director of blocking service trueCall, claims it is simple for phone providers to protect their customers.

He says: ‘It goes against their DNA to put in place technology to stop calls, and it has taken them a while to appreciate the level of detriment and consumer harm [nuisance calls] cause.

‘Robocalls are easy to stop. Our technology stops 100 per cent of them.’

Marketing firms are allowed to make robocalls to people only if they have their specific consent. But companies don’t need your permission to contact you using recorded messages for non-marketing purposes.

The ICO has handled more than 200,000 complaints about automated calls since January 2017. Its rules stipulate that marketing robocalls must include a name and contact address or a Freephone number.

Callers must allow their number to be shown to the person receiving the call.

Three years ago, the ICO fined one company, Keurboom Communications, £400,000 after it dialled 100 million automated calls in 18 months, all designed to generate leads for road traffic accident claims or PPI compensation.

The Telephone Preference Service allows landline and mobile phone users to sign up to a register of numbers that marketing firms are banned from calling. However, it’s worth noting that this will not prevent scammers who are simply out to steal from you.

Investigating the Downfall of Cred Inc. – The Block Crypto

PayCap and RKN Token: Now Pay for Your Mobile, Internet or TV Connection With Cryptocurrencies – GlobeNewswire

How To Keep The Peace This Thanksgiving: A Simple Strategy For Awkward Conversations