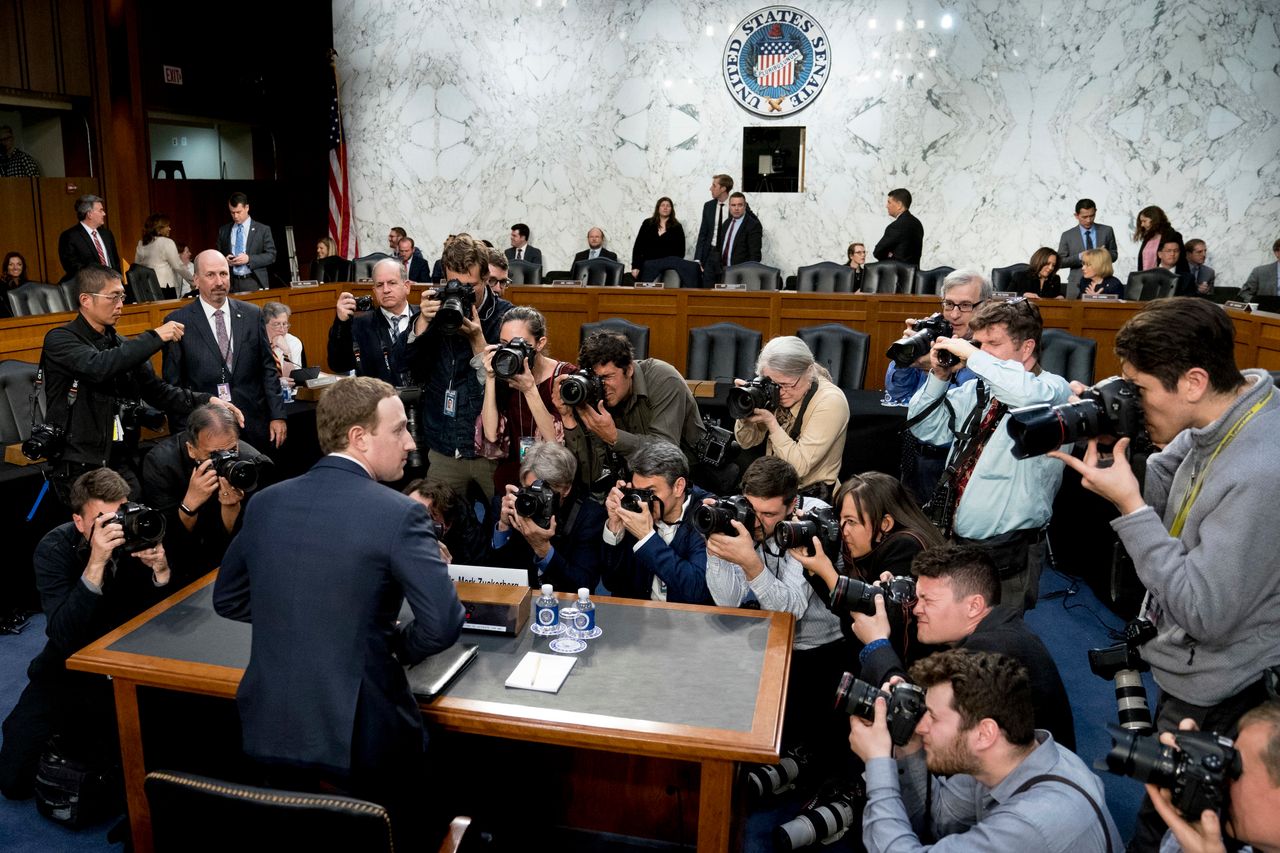 is slated to return to Capitol Hill this month to testify before a House panel about the company’s foray into cryptocurrency, just weeks after facing a chilly reception from lawmakers about his vision for internet regulation.

The House Financial Services Committee said Wednesday that Mr. Zuckerberg will be the sole witness at an Oct. 23 hearing that examines Facebook’s impact on the financial services and housing sectors.

Facebook in June revealed plans to launch a new cryptocurrency, known as libra, and digital wallet, called calibra, that could be used to pay for goods online and send money world-wide.

Since the project was announced, it has received a steady stream of criticism from lawmakers in the U.S. and other countries based on Facebook’s prior missteps in data privacy and skepticism that the company could prevent libra from being used to launder money. House Financial Services Committee Chairwoman

(D, Calif.), and other Democrats have called on Facebook to abandon plans to implement libra.

Mr. Zuckerberg has said Facebook wouldn’t move forward with the project in the U.S. until it had satisfied regulatory concerns. The company has touted the project as having the potential to help provide basic financial services to people who lack bank accounts.

“Mark looks forward to testifying before the House Financial Services Committee and responding to lawmakers’ questions,” a Facebook spokesman said in a statement. Company executive

Mr. Zuckerberg, who also serves as Facebook chairman, spent two days on Capitol Hill last year parrying questions from lawmakers, some of whom called for stronger regulation of the social-media giant given its dominant market position.

The Washington visit also comes as partners in the proposed cryptocurrency-based payments network are reconsidering their involvement.

said earlier this month it would withdraw from the group, but remained supportive of libra’s mission.

Mr. Zuckerberg’s appearance on the Hill would come a little over a week after the roughly two dozen companies it recruited to help launch libra are slated to meet in Geneva. The Libra Association on Monday will discuss the future of the libra payments network and appoint a board to oversee it, and the meeting’s outcome will likely bear on Mr. Zuckerberg’s congressional testimony.

or other big companies commit to moving forward with libra and agree to have their representatives sit on its board, that could neuter complaints that Facebook is dominating the project. But if more companies follow PayPal’s lead and withdraw, that would make it harder for the social-media giant to argue that it doesn’t have outsize control over libra’s future.

Hanging over the libra discussions is how Facebook and other members in the Libra Association can assuage politicians’ worries that the payments network could be used to launder money or finance terrorism. A pair of U.S. senators wrote to the CEOs of payments companies Visa, Mastercard and Stripe Inc. this week to voice their concerns over how libra will comply with financial regulations.

European regulators issued a stern rebuke of Facebook’s efforts this week, saying libra had the potential to undermine the euro and that legislation would be introduced to block the digital currency’s usage.

Federal regulators as well as a bipartisan group of state attorneys general have launched antitrust probes into Facebook and other large U.S. technology companies.

The Department of Housing and Urban Development has accused Facebook of violating the fair-housing rules by allowing real-estate firms to target customers by race, religion and other factors. Facebook has said it is working to address concerns from the agency.

Separately, the Federal Trade Commission levied a roughly $5 billion fine in July on Facebook to close a long-running probe into data-privacy issues.

British Airways COO and director of people to leave

How Iran’s Hard-Liners Got Campaign Boost From Trump: QuickTake