with its newly completed ‘albanian carpet,’ casanova + hernandez architects transforms the shoreline of shiroka with vibrantly patterned granite. the village, located along the albanian border with montenegro, has a rich history of its locals fishing from small rowboats, tending orchards, and weaving carpets by hand. the new public space is designed in response to the country’s tumultuous history along the turn of the 21st century — the fall of the people’s socialist republic in 1991 led to a period characterized by uncontrolled privatization of public space. as result, the public shkodra lake shoreline was occupied with such illegal constructions as restaurants, private parking areas, and kiosks. the ‘albanian carpet’ clears out this area, opening views across the lake, and returning the waterfront as a vibrant public space for the people. 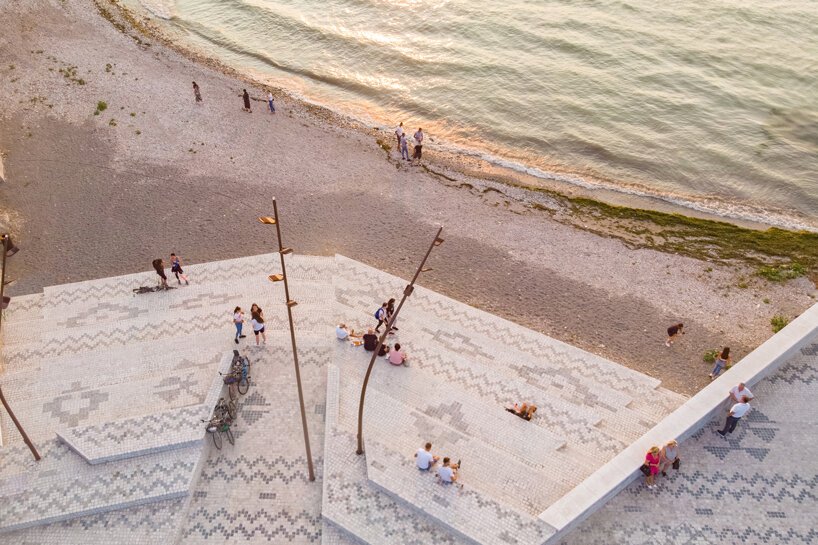 realizing its ‘albanian carpet,’ casanova + hernandez architects not only restores the shiroka waterfront, but also rebuilds the feeling of belonging and attachment to the public space. in plan, the project is organized to suggest a large house made of different open rooms. these distinct zones are inspired by the traditional albanian ‘oda,’ a large room historically used to receive and entertain guests. the ‘oda’ is characterized by a long, low U-shaped bench where family members sit, rest, and even sleep. the ‘rooms’ of the albanian carpet open toward views over the lake and invite moments of interaction with different uses. these include the so-called playground room, picnic room, lounge room, amphitheater, and the fisherman’s room. 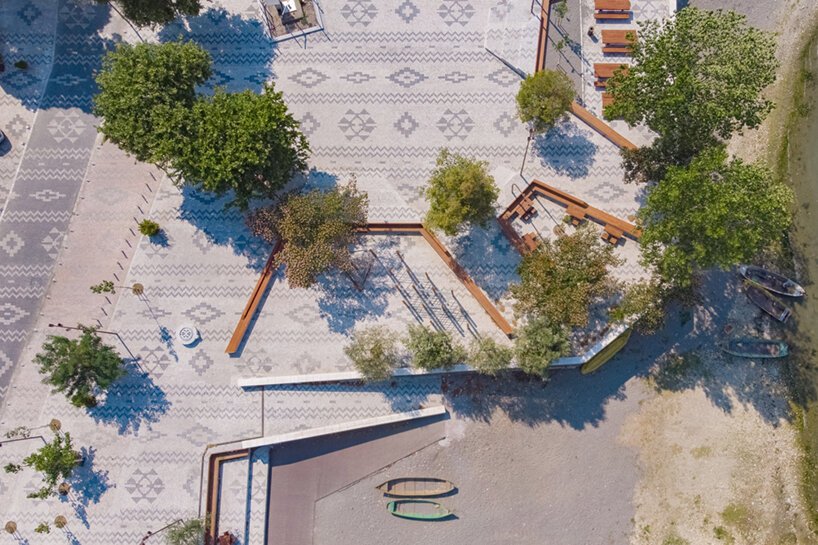 casanova + hernandez architects designs the newly public waterfront with black and white granite tile work that expresses the traditional pattern of albanian carpets. introducing a unique and domestic identity to the public space, the patterning extends across the central square and the seating-height steps which face an improvised theater. the large existing trees are preserved and integrated into the design of the square while new small trees are planted in the open rooms to bring shade to the seating and playing areas. minimizing the circulation and presence of cars, the waterfront of shiroka is transformed into a pedestrian-oriented square. 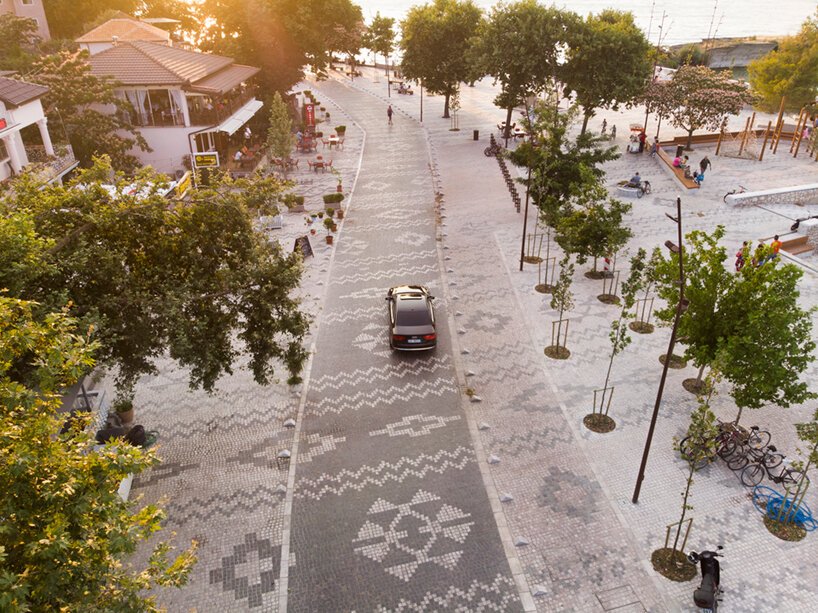 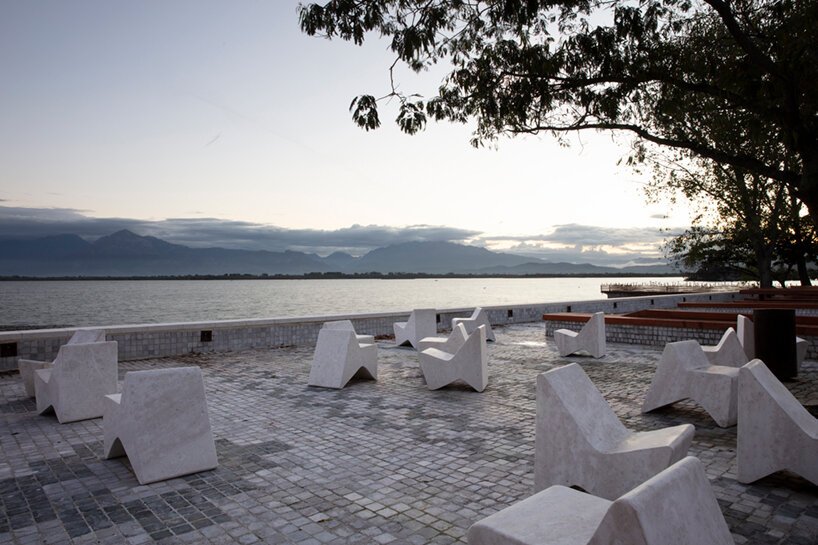 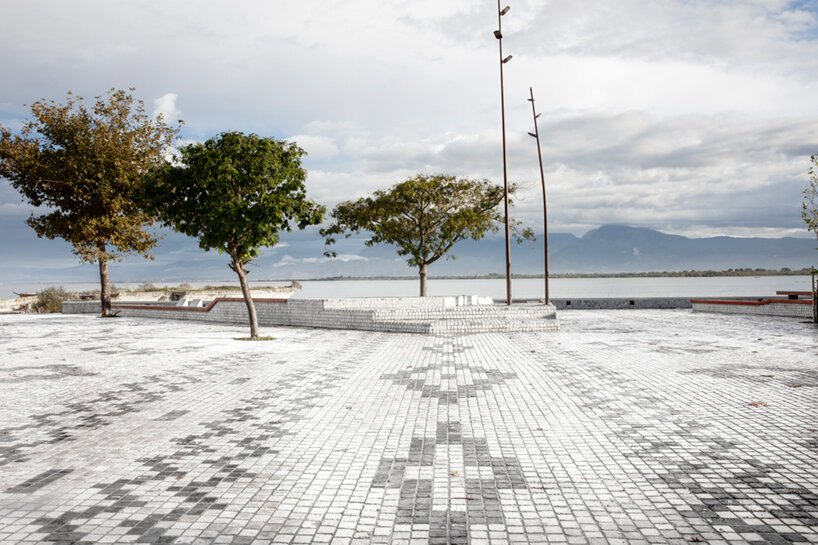 Seating Innovations' Chairs are Mounted to the Floor, But Don't Have Legs

I'm giving away a 2021 macbook pro to a product designer

Scary Nice: ‘Nightmare on Elm Street’ House on the Market for $3.25M

Scary Nice: ‘Nightmare on Elm Street’ House on the Market for $3.25M